We were saddened to receive the news from Valerie Dolan that Wayne Smith from Niagara River passed away Saturday, 3/13/21.  In December he had gotten the Covid-19 and unfortunately, things went downhill from that.

He was a dedicated, devoted and hard working member of Niagara River in Alexander, NY.  He supported the clubs in NYS and made an annual trip to Coraopolis til his health started failing him.

His lovely wife Maria was usually by his side and his kids Mike and Kristen were always with them.  Maria helped Valerie in the kitchen and Mike helped out in the field.  There is a huge void with the loss of Wayne and recently Don Hilner.  They would also help out at Lake Erie and Owasco Valley.

There are many cherished memories through the years, which is why they will live on in our hearts.  Our thoughts and prayers are with the Smith family and friends and May God grant them all they need to get through this difficult time.  Soar with the eagles our dear friend and be our guardian angel.  Thanks for all you gave and did. 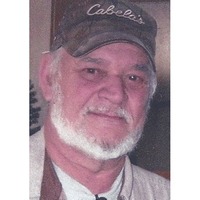 Wayne R. Smith, 74 of Akron, passed away unexpectedly on Saturday (March 13, 2021) at the Elderwoods of Williamsville.

Mr. Smith was a Veteran of the U.S. Army, serving his country from 1968-1971. He was formerly employed by the U.S. Gypsum and most recently Perry’s Ice Cream. He was a proud member of the Niagara River Beagle Club and enjoyed fishing and hunting. Wayne also enjoyed his family and will be missed by all who knew him.

He was the brother of the late Dennis Smith.

Private services will be held at the convenience of the family with interment and military honors in the Western New York National Cemetery, Pembroke, NY.

Expressions of sympathy may be shared with the family at: www.mcandrewfuneralhomes.net.