We thank Joel Davis for notifying us that Ray and Rose Roman's Daughter, Angela Passed Away after surgery at the age of 63.  Ray is a member of Chartiers Valley and Coraopolis.  Our thoughts and prayers are with Ray, Rose and the rest of the family and their friends.  An unexpected death of a child is an unbearable hardship and loss.  Angie meant the world to them and her son, Roman.  She will forever be in your hearts and will live on in the many special memories.  We know she knew how much all of you loved her.  Rest in Peace Angie and all We can say in sympathy is: 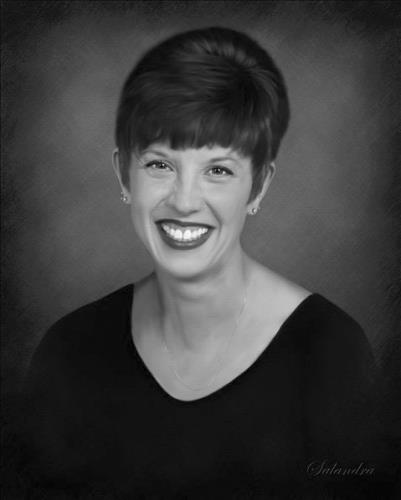 She was born April 3, 1956, in Washington, a daughter of Raymond and Rose DeGenova Roman of Muse. Angela was raised in Muse, where she was a member of Holy Rosary Roman Catholic Church, and she lived in Canonsburg for the past 25 years.

She was a graduate of Canon-McMillan Senior High School Class of 1974 and attended Carlow College. Angie took great pride in her work and had been employed for over 40 years as a well-respected receptionist and office manager at McMurray Family Dental. She enjoyed county fairs and helping her son raise market animals, as a single parent. Angie liked to attend the National Pike Steam, Gas and Horse Association and various steam shows, tractor shows and flea markets. She had been a volunteer at St. Patrick School as one of the "lunch ladies" and was proud to be known to most as "Roman's Mom."

In addition to her parents, left behind to cherish her memory are her beloved son, Roman, and several aunts, uncles and cousins.

Friends and family are welcome from 6 to 8 p.m. Thursday and 2 to 4 and 6 to 8 p.m. Friday in Salandra Funeral and Cremation Services Inc., Joseph P. Salandra, owner/supervisor, 304 West Pike Street, Canonsburg, 724-745-8120, where departing prayers will be recited at 9:20 a.m. Saturday, September 14. A Mass of Christian Burial will be celebrated at 10 a.m. Saturday in Holy Rosary Church, Muse, with the Rev. George T. DeVille as celebrant. Interment will follow in Queen of Heaven Cemetery, Peters Township.